I am a New Englander so imagine my shock when I recently read that Florida lays claim to the first Thanksgiving, which occurred on September 8, 1565 between Pedro Menendez de Aviiles and the Eastern Timucua, who long lived on the land surrounding the St. Johns River. Apparently they celebrated a feast of Thanksgiving. This just may be considered some form of blasphemy in New England. If it is true, what do I do with the first Thanksgiving story that took place in the Massachusetts Bay Colony? To make matters more confusing I read that the first Thanksgiving is also claimed by Virginia and Texas, though those feasts were long after that of Florida.

Since 1863 when America claimed her national feast day we have been celebrating Thanksgiving Day by recounting the first Thanksgiving as a time of peace, prosperity, communion, and a grand gesture to God giving Him thanks and praise for a good harvest … IN MASSACHUSETTS. I don’t believe that story and understand the relationship between colonists and the Wampanoag, also called Massasoit, the Native American tribe was anything but peaceful and celebratory. The truth is that white settlers unleashed genocide, massacring an indigenous people.

I’m always asked to let go of those facts around Thanksgiving. I do. Not because I’ve changed my mind, but because Thanksgiving is a time for celebrating family, embracing gratitude, and to consider overindulgence -- not claiming a certified story of the first Thanksgiving or glossing over challenging history. Regardless of one’s views on the first Thanksgiving it is a time for gratitude, if for no other reason than that we have life that is to be celebrated and embraced. Each of us is home and have family in our Congregation. For that I am grateful.

Popular posts from this blog

- March 03, 2017
Friends,
As I was writing for our newsletter blog I realized I have much to share with you and so I decided to send this email.
I shared with the Congregation that I have been called as the settled minister in our Fort Myers congregation. My contract with our Congregation ends April 30. You may have felt some changes in my presence over the last month. I've been intentional about phasing out. This does not mean I'm working less on behalf of the Congregation. I've been very involved in religious education, developing a lay pastoral care program, managing administrative projects, supervising our intern minister, pastoral care, adult education, working with community organizations, working with our board, and participating in UU Ministers Association work. I tell you this because I want you to know I'm fully in the game even though you might see me less. I'm here if you need me.
Our intern minister, Claudia Jiménez, will also be leaving 1stUUPB on April 30. Claudia wil…
Read more

- December 13, 2016
Friends,
The new year is around the corner and it's about this time I reflect on the past year and set goals for the new year. I guess you could call them resolutions. I wonder if you have a similar practice.
I've decided that one thing I'll commit to in 2017 is to hold reasonable expectations of myself and for others in my life. I decided this after re-reading my favorite book on ministry leadership, Leading With A Limp by Dan Allendar. I love how honest Allender is. It’s refreshing because he says things that most of us are afraid to say -- the simple truth of realities. The chapter in which Allender writes this is about counting the cost of leadership.  It’s simply an honest look at the unrealistic expectations we create for people.
I'm going to be intentional about practicing what I preach and let people know I have their back, expect them to make mistakes and not be good at everything, confront them with grace and gentleness and understanding that my specific desire …
Read more 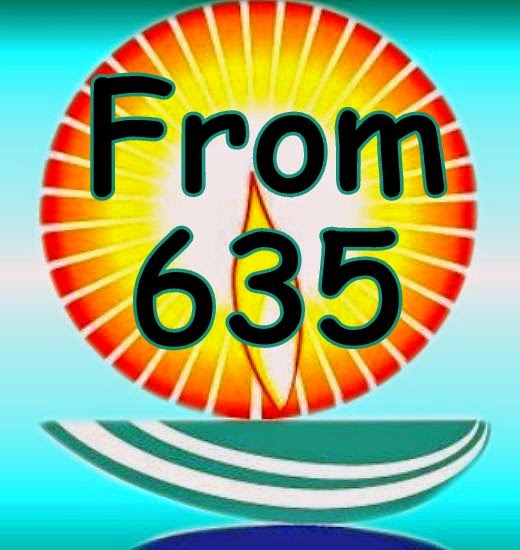 As you may know I traveled to Minneapolis last month to attend and participate in a Developmental Minister Seminar. I welcomed the opportunity to connect with my colleagues from across the country who join me in serving congregations in transitional ministries. In fact, the Rev. Dr. Doak Mansfield from Tampa has agreed to preach here in the coming months. I, of course, will travel to Tampa to do the same. Much was learned and shared, of which I will share with the Congregation soon.

There was one story shared by a colleague, who has been serving a particular congregation for nearly a year, that I wanted to share with you. A member of the congregation called her and asked to schedule a meeting because she had an urgent question to ask her. She asked the congregant if she would share a little information and the congregant said that she would just have to wait until the meeting. Naturally she was curious and waited for three days to pass so she would eventually be presented wit…
Read more